In the beginning of the week, the 29th week of the year, Brent was sold for about $48/bbl. 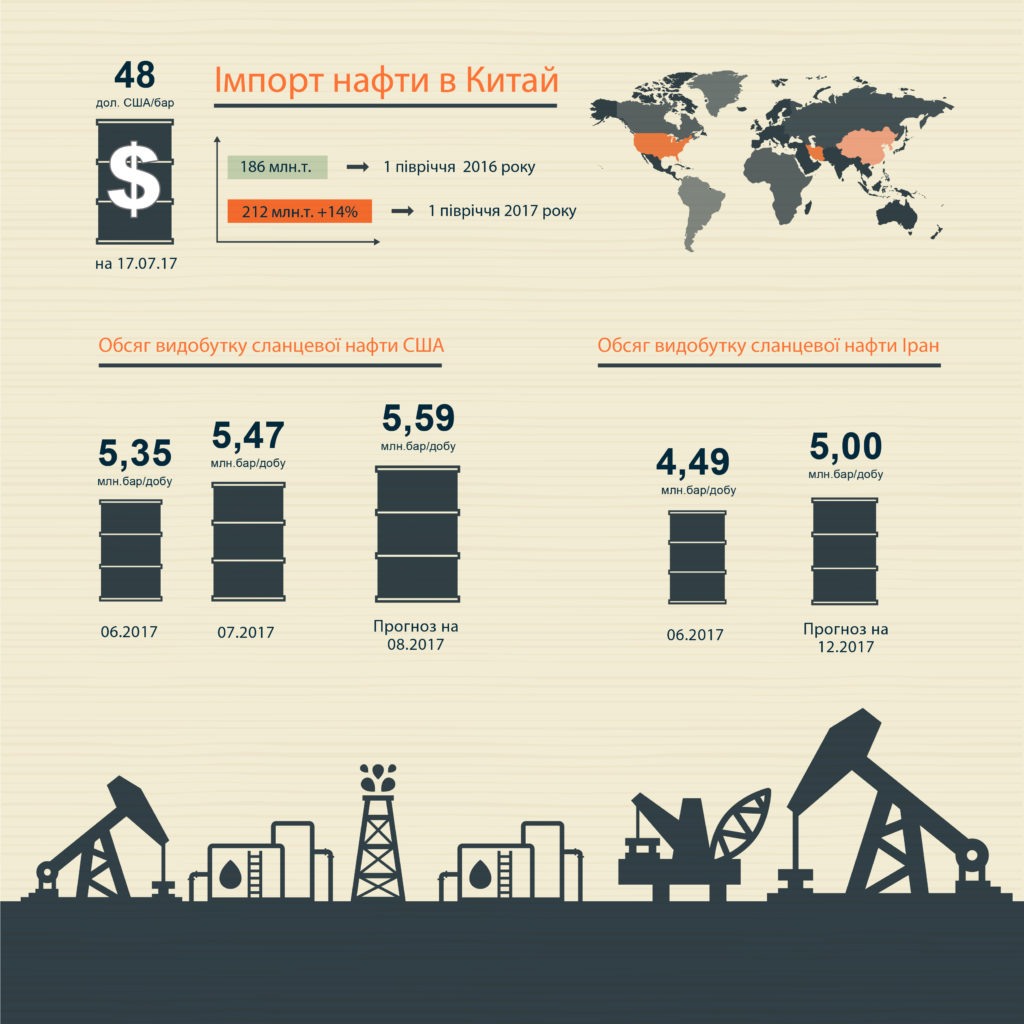 The crude oil prices were supported by the half year statistics from China showing that the import of this commodity has gone up by 14% year-on-year and reached 212 million tons.

Tags:import,Держзовнішінформ,DZI,DZI,Export,Export-import,China,fuel,price,Prices for petrol stations in Europe